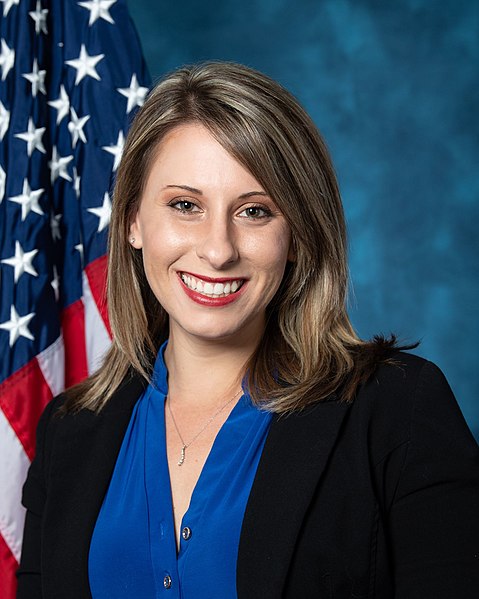 Mary Anne Franks is a professor of Law at the University of Miami and the author of “The Cult of the Constitution: Our Deadly Devotion to Guns and Free Speech” (2019). She is also the President of the Cyber Civil Rights Initiative.

High-profile public officials often resign because they are afraid — they worry about damaging revelations, negative public opinion, an election defeat or other consequences of their actions. In the letter she posted to Twitter on Sunday announcing her resignation, Katie Hill made a somewhat unusual reference to fear: “I know that as long as I am in Congress, we’ll live fearful of what might come next and how much it will hurt.” The attacks that led to her resignation, however, are not about what Katie Hill fears, but about who fears Katie Hill: her estranged husband, GOP operatives, members of the public unsettled by her bisexuality and unconventional marriage.

When the right-wing outlet RedState published a story about Hill and her husband’s joint affair with a campaign employee, they illustrated it with nude photos of Hill and other intimate images of the relationship. These photos, allegedly supplied by Hill’s estranged husband, were reprinted by news organizations and gleefully circulated by partisan voyeurs.

Misconduct by an elected official may be a matter of public concern, overriding the privacy considerations that would normally apply to one’s personal life. But while the public may have a right to learn about an official’s alleged misconduct, it does not follow that the public has the right to see private, explicit photos of that misconduct. This is particularly true if other, less invasive evidence is available to support the allegation. In this case, there were copious text messages that provided clear evidence of a relationship between Hill and her campaign staffer. The publication of the intimate photos provided no additional relevant information not already conveyed by the text messages.

Private and public misogyny intersect in nonconsensual pornography, a form of sexualized abuse most frequently directed at women who have committed the unpardonable sin of displeasing men. Women are 1.7 times as likely to be targeted for nonconsensual pornography than men; LGB individuals are seven times as likely to be threatened with the abuse than heterosexuals. Nonconsensual pornography is frequently used as a tool by domestic abusers seeking to exert control over their partners or punish them for leaving. Women with power, or who occupy spaces traditionally reserved for men, are particular targets, as evidenced by incidents such as the celebrity hack, GamerGate and Marines United.

From the day Hill defeated a Republican incumbent during the 2018 midterms, to her branding of Brett M. Kavanaugh as a “serial sexual predator” during the Supreme Court confirmation hearings, to her role as vice chairwoman of the House Oversight and Reform Committee investigating the many wrongs of Donald Trump, Hill has provoked the ire of men accustomed to being obeyed. Katie Hill — young, female, bisexual, liberal, polyamorous, powerful — made abusive men fear that their dominance was coming to an end.

It’s also useful to put Hill’s relationship with the campaign staffer, which Hill herself has referred to as “inappropriate,” into context. It began before Hill took office, violating no law and no congressional rules. It was a consensual three-way relationship that included her husband. While Hill’s detractors also point to her estranged husband’s assertion that she had an affair with a congressional staffer, which would violate House rules, Hill denies that allegation.

By contrast, many men who currently occupy Congress, the Supreme Court and the Oval Office have been accused of much graver misconduct than a consensual relationship with a subordinate, including rape, domestic violence and sexual harassment. Women’s consensual sexual conduct continues to be judged much more harshly than men’s nonconsensual sexual conduct, and sexual objectification continues to be an effective way to put powerful women in their place. It is no wonder then that a vicious, politically motivated, cruel campaign of “revenge porn” targeted Hill. A federal bill to criminalize this practice was introduced in the House this year but has not yet received a committee vote. Previous versions of the bill were introduced in 2016 and 2017.

Even as she acknowledged the fear that victims of private and public abuse must face, Hill declared that she would not be defeated by it: “I, like many women who have faced attacks like this before, am stronger than those who want me to be afraid.”

The prurient nature of the Hill scandal that unfolded this week wasn’t about her relationship at all. It was about the gratuitous use of nude photos to humiliate and punish a woman with power.