CCRI Board of Directors 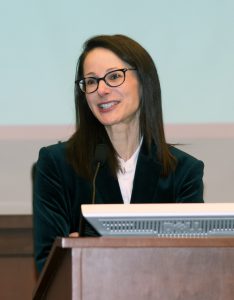 Danielle Citron is the Jefferson Scholars Foundation Schenck Distinguished Professor in Law at University of Virginia School of Law.  Professor Citron was named a MacArthur Fellow in 2019 based on her work on cyber stalking and sexual privacy.

Professor Citron previously taught at the Boston University School of Law, and for fifteen years at the University of Maryland School of Law. She is an affiliate scholar at the Stanford Center on Internet and Society, Yale Information Society Project, and NYU’s Policing Project. She served as Chair of the Board of Directors of Electronic Privacy Information Center and now sits on its Board. She serves on the Board of Directors of the Future of Privacy and on the advisory boards of ADL’s Center for Technology and Society and Teach Privacy. She works closely with Twitter and Facebook as well as federal and state lawmakers on issues of online safety, privacy, and free speech. 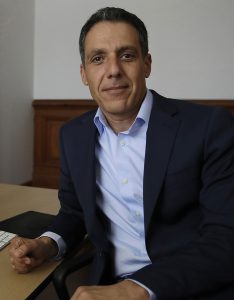 Dr. Mary Anne Franks, J.D., D.Phil, is a Professor of Law and Michael R. Klein Distinguished Scholar Chair at the University of Miami. Her areas of expertise include cyberlaw, First Amendment law, Second Amendment law, family law, and criminal law and procedure. Dr. Franks is an Affiliate Fellow of the Yale Law School Information Society Project and a member of the American Law Institute. She is the author of the award-winning book, The Cult of the Constitution: Our Deadly Devotion to Guns and Free Speech. Her work has also been featured in multiple scholarly and popular publications, including the Harvard Law Review, the Yale Law Journal Forum, The Atlantic, the New York Times, and the Washington Post. In 2013, she drafted the first model criminal statute on nonconsensual pornography (aka “revenge porn”), which has been used as the template for multiple state laws and for pending federal legislation on the issue, and served as the Reporter for the Uniform Law Commission’s 2018 Uniform Civil Remedies for the Unauthorized Disclosure of Intimate Images Act. Dr. Franks regularly advises legislators and tech industry leaders on issues relating to the intersection of technology and civil rights. She holds a J.D. from Harvard Law School as well as a doctorate and a master’s degree from Oxford University, where she studied as a Rhodes Scholar. She previously taught at the University of Chicago Law School as a Bigelow Fellow and Lecturer in Law, and prior to that at Harvard University as a lecturer in social studies and philosophy. 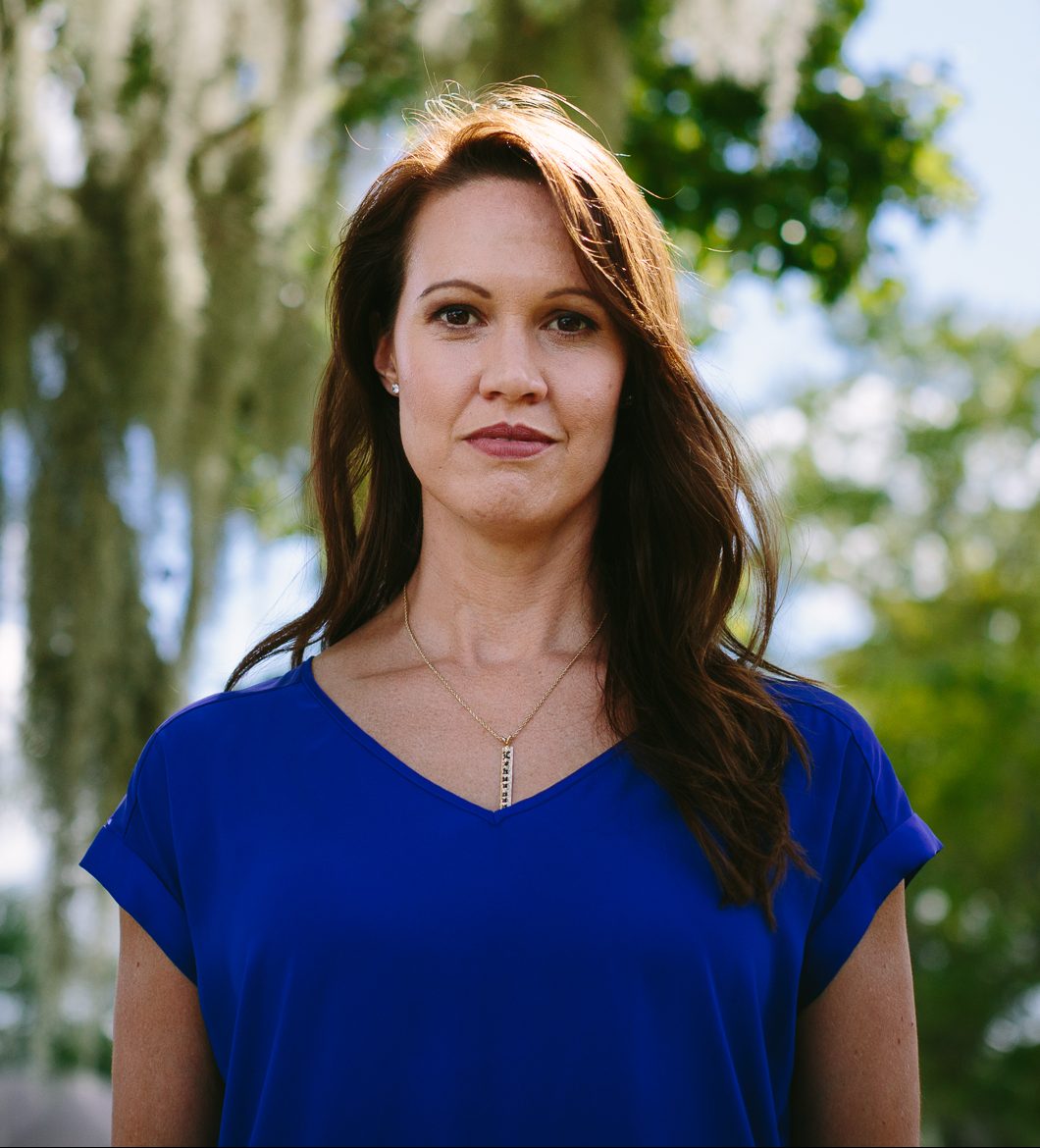 Dr. Holly Jacobs is the founder of Cyber Civil Rights Initiative, and has previously served as the organization’s President and Executive Director.  She has a BA from Boston College in Psychology, and an MS and PhD in Industrial/Organizational Psychology from Florida International University.  While obtaining her PhD, Dr. Jacobs served as a statistical consultant for three and a half years, advising clients on the set-up, analysis, interpretation, and presentation of their research.  Her dissertation assessed the effects that job features and personal characteristics have on work engagement through the psychological conditions of meaningfulness, safety, and availability.

Dr. Jacobs has written articles about her experience as a victim and work as an advocate. She has also been interviewed on the Today Show, Katie Couric, Fox News, CNN, Al Jazeera, NPR, BBC, and appeared in The New York Times, The New York Observer, The Wall Street Journal, Huffington Post, The Verge, New York Magazine, the Sydney Morning Herald, Glamour, Cosmopolitan, and Grazia magazine. In 2018, Dr. Jacobs was selected as one of ten 2018 Women of Worth by L’Oréal Paris.

Dr. Safiya Noble is an Associate Professor at the University of California, Los Angeles (UCLA) in the Department of Information Studies where she serves as the Co-Director of the UCLA Center for Critical Internet Inquiry, and holds appointments in African American Studies and Gender Studies. She was recently appointed a Research Associate to the Oxford Internet Institute and is a Commissioner for the Oxford Commission on AI and Good Governance convened at the University of Oxford.

Professor Noble is the author of a best-selling book on racist and sexist algorithmic bias in commercial search engines, entitled  Algorithms of Oppression: How Search Engines Reinforce Racism. She is the  recipient of a Hellman Fellowship and the UCLA Early Career Award, and her academic research focuses on the design of digital media and their impact on society. She is regularly quoted for her expertise on issues of algorithmic discrimination and technology bias by national and international press including The Guardian, the BBC, CNN International, USA Today, Wired, Time, Full Frontal with Samantha Bee, The New York Times, to name a few. Safiya is an editorial board member of several academic journals and advisory boards and holds a Ph.D. and M.S. in Library & Information Science from the University of Illinois at Urbana-Champaign, and a B.A. in Sociology from California State University, Fresno. Her work is both sociological and interdisciplinary, marking the ways that digital technology  and AI intersects with issues of race, gender, culture, and power. 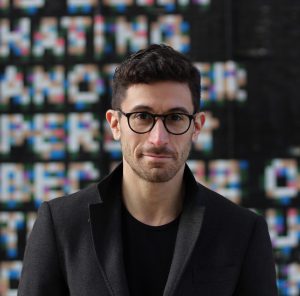 Ari Ezra Waldman is a professor of law and computer science and the faculty director of the Center for Law, Information, and Creativity at Northeastern University. He is also an affiliate fellow at Yale Law School’s Information Society Project, serves on the editorial board of the peer reviewed journal Law & Social Inquiry, and was elected to the ALI in 2019. Ari’s research focuses relationship between technology, law, and power, and he publishes extensively on information privacy, law and society, and the LGBTQ community. His scholarship has or will soon appear in leading law reviews and peer reviewed journals, including the Michigan Law Review, the California Law Review, the Cornell Law Review, the Washington University Law Review (twice), the UC Urvine Law Review, and the Iowa Law Review, among others. And he is the author of Privacy as Trust: Information Privacy in an Information Age (Cambridge 2018), which argues that privacy law should protect information disclosed to others in contexts of trust, and Industry Unbound: The Inside Story of Privacy, Data, and Corporate Power (Cambridge 2021), which shows how technology companies systematically undermine privacy protections in order to enhance their market power.

Professor Waldman has received numerous awards for his scholarship. He has twice won the Best Paper Award at the Privacy Law Scholars Conference (in 2017 and 2019). He has also won the 2018 Privacy Papers for Policymakers Award and the 2019 and 2016 Otto L. Walter Distinguished Writing Awards. 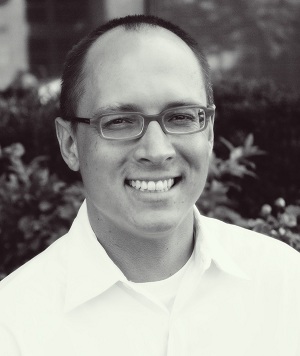 Jason Walta, J.D. is Deputy General Counsel at the National Education Association in Washington D.C., where he specializes in constitutional litigation, civil rights, and nonprofit law. Earlier in his career, Jason was an appellate lawyer for the federal government, an adjunct law professor, an associate in a boutique law firm, and a law clerk for two federal judges. He received his undergraduate degree in Sociology from Wesleyan University in 1995 and his law degree from Northeastern University School of Law in 1999. 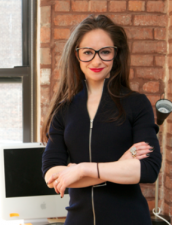 Jon is a legal scholar and social scientist who does research at the intersection of law, technology, and human rights, with strong interdisciplinary and empirical dimensions. In addition to being a Research Affiliate at the Berkman Klein Center for Internet & Society, he is a Research Fellow at the Citizen Lab based at the University of Toronto’s Munk School of Global Affairs and Public Policy; and as of July 1, 2020, he joined the Faculty of Law at Osgoode Hall Law School at York University in Toronto.

A native of Halifax, Canada, he studied law at Columbia Law School as a Fulbright Scholar and at Oxford as a Mackenzie King Scholar. He holds a doctorate in “Information, Communication, and the Social Sciences” from the Oxford Internet Institute at the University of Oxford (Balliol College, 2016). More recently, he spent time studying media manipulation and online hate as a Senior Research Fellow on Joan Donovan’s Technology and Social Change Project at the Harvard Kennedy School’s Shorenstein Center on Media, Politics, and Public Policy and, before that, spent time as a Research Affiliate of Princeton’s Center for Information Technology Policy.

Jon’s work has received national and international attention and press coverage, including the Washington Post, Reuters International, New York Times, Newsweek, TIME Magazine, NBC News, among others. More recently, his work on privacy and chilling effects won the Reidenberg—Kerr Paper Award, based on the overall excellence of a paper submitted by a pre-tenure scholar, at the 2020 Privacy Law Scholars Conference at UC Berkeley Law.

In the coming year, he will work on projects involving chilling effects theory and research, adversarial machine learning, and the role of emerging technologies in public and private sector surveillance, content moderation, disinformation, and online abuse. This includes, among other projects, research with CCRI Vice President Danielle Citron, funded by the Knight Foundation, exploring how laws and other measures taken to battle online abuse, including intimate privacy protections, can empower the online speech and engagement of victims. As well, he is completing a book on chilling effects, which explores the harmful impact of surveillance, online abuse, and other digital threats, forthcoming in Cambridge University Press (2020). You can view his website and follow him on Twitter.

Olivier is a Professor of Law at Fordham University. His research is in communications law and policy. His most recent popular writing, scholarship, and public speaking engagements are on liability under the Communications Decency Act and the social impacts of artificial intelligence. A few months ago, the John S. and James L. Knight Foundation awarded him a grant to support this work. He is a principal investigator, along with a team of telecommunications network engineers and social scientists, in an interdisciplinary National Science Foundation grant project that is prototyping a community-administered computing network in West Harlem.

Olivier teaches Legislation & Regulation, Administrative Law, Information Law, and information law related courses. At Fordham, he also is the Director of the McGannon Center for Communications Research, the incoming Academic Director of the Center for Law and Information Policy, and a research affiliate at the Center on Race, Law, and Justice. Before entering academia, Olivier was a Karpatkin Fellow in the National Legal Office of the American Civil Liberties Union in New York City and a litigation associate at Jenner & Block, LLC, in Washington, D.C. He is on the Executive Committee of the board of directors for the New York affiliate of the ACLU and the Academic Advisory Board for the Open Markets Institute. Before the COVID-19 outbreak, he taught a class on modern American literature for local incarcerated men.